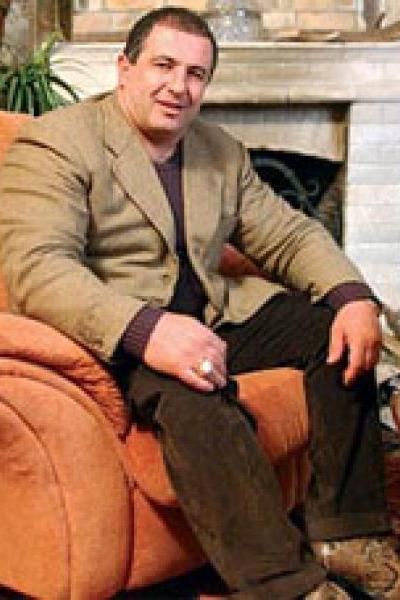 Born on November 25, 1956 in the village of Arindj in the Abovyan region. Mr. Tsaroukyan graduated from the Armenian State Institute of Physical Education. Teacher of physical education and sports. 1996 - champion of the World Arm Wrestling Championship. 1998 - champion of European Arm Wrestling Championship. Since 2004 he has been the President of Armenia’s National Olympic Committee. Mr. Tsaroukyan was awarded the St. Grigor Lousavorich Medal (2002) and Movses Khorenatsi Medal (2003).
1989 -1990 - he was a chief engineer in a hothouse of the Yerevan Institute of Animal Husbandry and Treatment. 1990 - 1992 he was the executive director of the “Armenia” Company. Since 1992 he has started animal husbandry and entrepreneurial activity, founded cattle - breeding complex and dairy plant production enterprise (village of Arindj in the Abovyan region.) In 1995 he founded the multidisciplinary group of “Multi Group” consisting of a number of enterprises. (In 1996 the Abovyan “Kotayk” Beer Factory, in 1997 the Abovyan Plant of Measuring Equipment and Yerevan Chemical Drug Company. 1997 - 1998 - net of the “Mek” Furniture shops. 1998 - “Aviaservice,” enterprise, “Aviasnund” of Yerevan “Zvartnots” airport. 1999 -2002 - “Multi Leon” petrol net, in 2002 “Multi Stone” Stone Processing Company and Yerevan Ararat Brandy, Wine and Vodka Factory.)
2003-2007 he was a deputy in the National Assembly. He was a member of the Standing Committee on Defense, National Security and Internal Affairs of the National Assembly.
On May 12, 2007 he was elected as a deputy to the National Assembly.
Mr. Tsaroukyan is married, has six children.